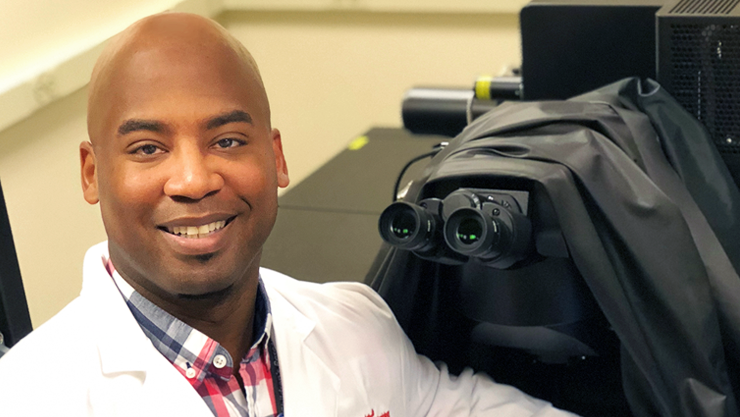 In his short time at Children’s National, Nathan Smith, Ph.D., is already living up to his promise as a game changer in the Center for Neuroscience Research.

In 2018, he authored a Science Signaling paper that shook up the study of intercellular calcium dynamics by providing the first definitive evidence that a widely used chemical fluorescent dye used to track calcium interactions between cells was causing cell damage over time, with the potential to influence study outcomes.

“Our field needs to take a step back and reevaluate findings that may have been influenced by these chemical trackers, and to make sure our observations were driven by our intended manipulations and not this additional factor,” he noted at the time the study was released. The story immediately spread far and wide on social media, with many seasoned investigators describing the finding as revolutionary.

“Dr. Smith has significant expertise with cutting-edge approaches used to directly answer crucial questions in neuroscience,” Dr. Gallo says. “In particular, he has a strong scientific and technical background in cellular imaging techniques applied to the brain in vivo. He brings a very strong track record in neuroscience and a unique set of skills that complement our existing research program at the Center for Neuroscience Research and at Children’s National at large.”

Dr. Smith is a perfect example of Children’s National’s investment in recruiting and keeping top talent from around the world. He joined Children’s in 2015 as a T32 scholar within the Intellectual and Developmental Disabilities Research Center grant, which set him on a path from post-doctoral work in a senior investigator’s lab to developing his own independent research program as an assistant professor.

Since officially taking the step to assistant professor in December of 2017, he started building his lab, hiring research assistants and post-doctoral fellows of his own. His studies focus on defining the role of astrocytes in brain function.

“I’m showing that astrocytes aren’t just providing support to neurons--they can actually modulate neuronal activity,” he says. “By understanding what the impact of that modulation is, we can define their roles in higher informational processes, and also see how they contribute to disease processes when miscommunication between astrocytes, neurons, and microglia occurs.”

Dr. Gallo adds, “This investigation is crucially important for our understanding of the developing brain, and for pediatric disorders caused by abnormalities in brain cell development and function.”

Dr. Smith’s scientific expertise isn’t the only factor that made him the right kind of candidate for a tenure track at Children’s National, however.

When he’s not conducting research studies or building his new lab, Dr. Smith has found another calling—fostering a love of science in young students. Through the U.S. Department of Defense’s STEM Outreach initiative, he serves as a mentor for local students across the region, motivating adolescents and teens to pursue interests in science and technology. He volunteers as a judge for undergraduate research poster competitions and middle and high school science fairs, too.

“Today’s scientific community has to help grow tomorrow’s scientists,” he says. “Part of my job as a scientist is to inspire the next generation of investigators from a young age.” 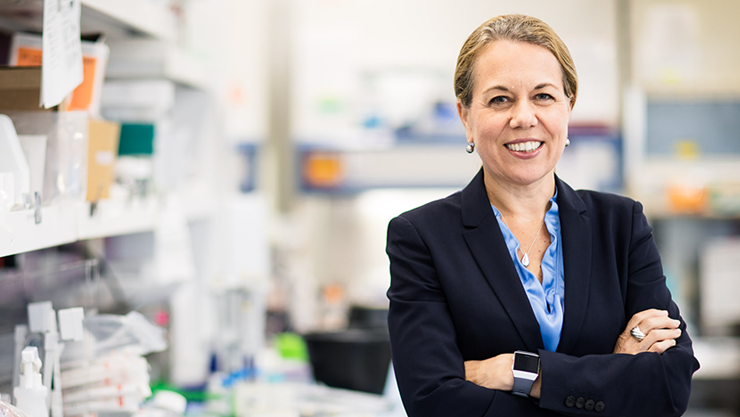 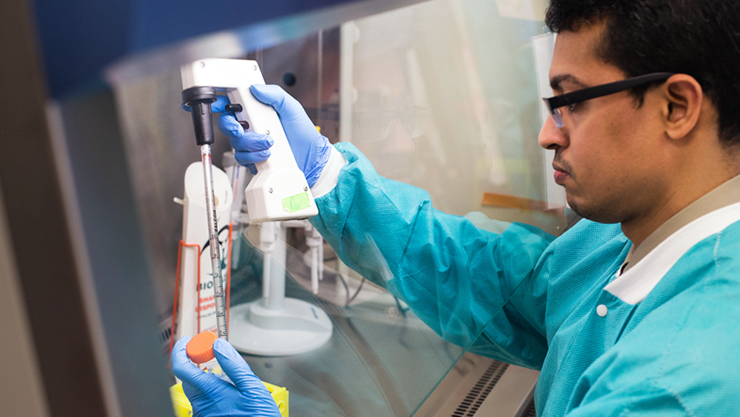